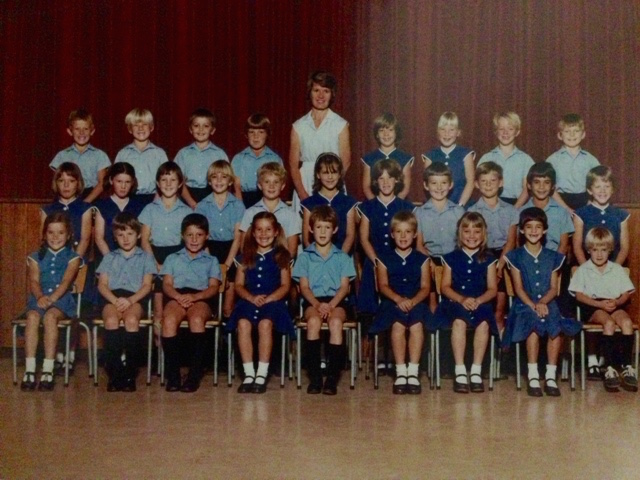 In response to The Daily Post’s writing prompt: “First Crush.”

My first crush was a boy by the name of Paul (middle row third from left, age 8). I was standing directly to the left of him. Not looking too happy in my new school. I had a crush on him from the age of twelve. My mother suggested that since it was now 1986 and not the dark ages (#feminism), perhaps I should invite him ice-skating. (Advice I would never give my daughter, men must take the lead!) So I called him (his older sister was friends with my sister so I had access to his landline). He put me on hold so he could go and ask his mother. She said no. At school on Monday he joked about it with the others in the class. (I asked him out, how dare I!) I learnt my lesson well.

Advice to my daughter:
No asking boys or men out! Attract them if you must, but they must pursue! End of story.

Leave a Reply to passion through poetry Cancel reply